12 Options for Your Body once You’re Stiff 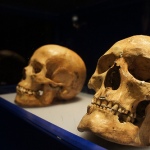 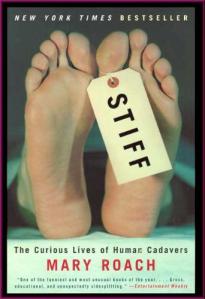 Mary Roach‘s Stiff is a very enjoyable and often humorous read about what happens to people who’ve donated their bodies to science. It’s an interesting take on the past, present, and future of cadaverous research that also takes funny diversions towards other morbid curiosities. Given the grim subject matter (death & body disposal) one assumes that this would likewise be a grim read. But one would be wrong. Roach is deft in her lighthearted tone, and she infuses the topic with levity while maintaining a certain respect for each deceased individual she encounters. To give you an overview of each chapter, as well as a tasty morsel of Roach’s writing, I’ve highlighted each of the book’s twelve chapters in this list of things that could happen to your body once you’re stiff.

1. Your head may be lopped off and used as a model for plastic surgery lessons.

Only they’ll leave the skin & flesh on. 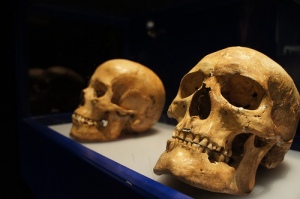 The heads look like rubber Halloween masks. They also look like human heads, but my brain has no precedent for human heads on tables or in roasting pans or anywhere other than on top of human bodies . . . (p. 23)

2. While the history of using corpses for medical research is a long and sordid one, you need not worry about being snatched from the graves. Today’s researchers don’t dirty their hands with shovels, and the subdued decorum of a modern anatomy lab is much different than those of early predecessors. 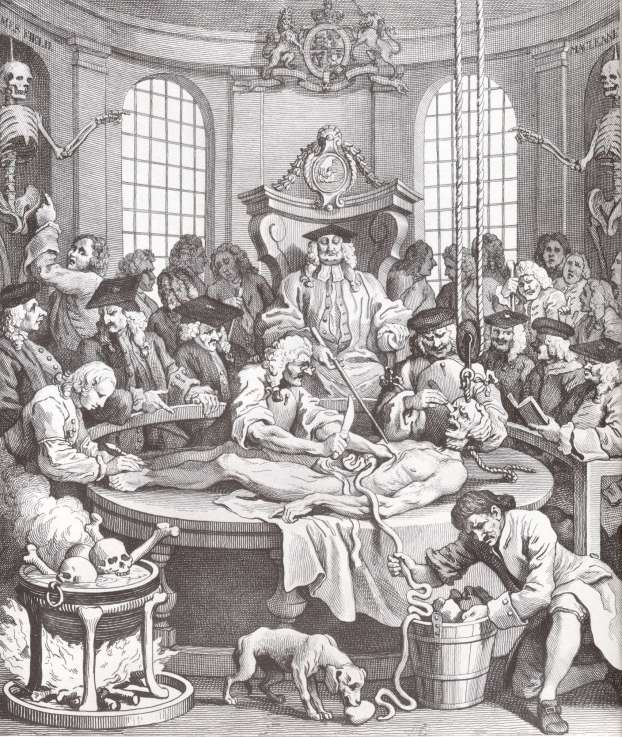 wikimedia commons / The Reward of Cruelty by William Hogarth

Engravings by Thomas Rowlandson and William Hogarth of eighteenth- and early-nineteenth-century dissecting rooms show cadavers’ intestines hanging like parade streamers off the sides of tables, skulls bobbing in boiling pots, organs strewn on the floor being eaten by dogs. In the background, crowds of men gawk and leer. (p. 47)

Evidently, compassion for cadavers wasn’t discovered until sometime in the early twentieth century. 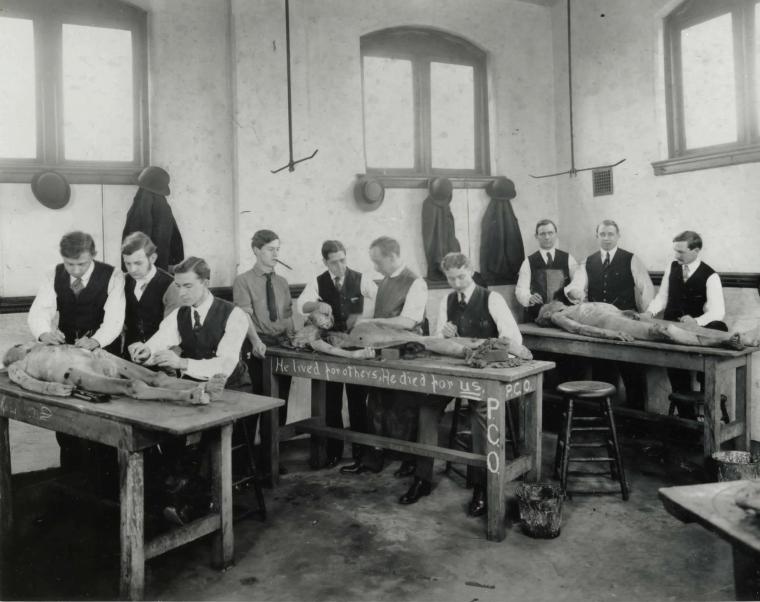 3. You could go to the body farm behind the University of Tennessee Medical Center, where corpses are kept in varying states of decay (and varying states of undress, varying burial depths, etc.) to study how different disposal methods affect the body and aid the work of criminal forensic investigators.

Scientist Grover Krantz spent part of his after life on the body farm. Clyde, his dog, however was buried in his yard.

“You want a vivid description of what’s going through my brain as I’m cutting through a liver and all these larvae are spilling out all over me and juice pops out of the intestines?” (p. 63) — forensic research professor Arpad Vass

4. Your corpse could be used in a car crash tests. While dummies are good for taking a licking and keeping on ticking, nothing demonstrates an automobile’s effect on humans like a dead human. 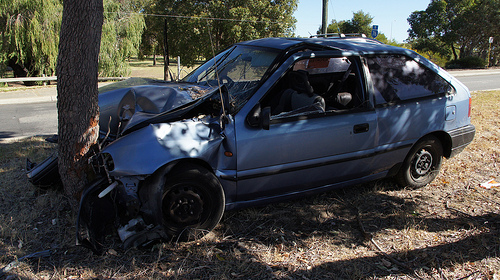 This never would have happened with someone living behind the wheel.

But let’s be rational. Why is it okay for someone to guide a table saw through Granddad’s thigh and then pack the leg up for shipment to a lab, where it will be suspended from a hook and impacted with a simulated car bumper, yet not okay to ship him and use him whole? What makes cutting his leg off first any less distasteful or disrespectful? (p. 105)

5. Cadavers were once thrown from planes to study the effect of plane crashes on the human body. While this wouldn’t happen to your corpse nowadays, aviation crash investigators do have a term for bodies found at a crash site — ‘human wreckage.’ 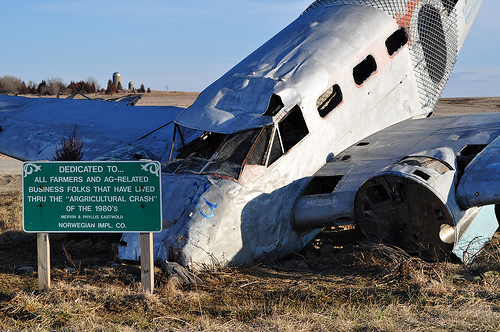 As far as I know, there’s no special term for crop wreckage.

For unlike a wing or a piece of fuselage, a corpse will float to the water’s surface. By studying victims’ wounds — the type, the severity, which side of the body they’re on — an injury analyst can begin to piece together the horrible unfolding of events. (p. 114)

6. Perhaps you’d like to join the army! There has been a lot of work with cadavers in the field of military research. While some research is done to find more humane weapons than lead bullets (which expand on impact and destroy more flesh), most militaries want weapons with the maximum stopping power, i.e. most damaging / the least humane. 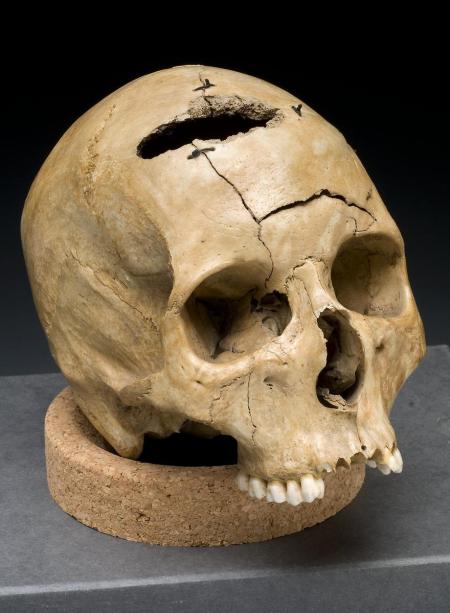 Ballistics studies are especially problematic. How do you decide it’s okay to cut off someone’s grandfather’s head and shoot it in the face? (p. 147)

7. Be glad that you’re not a French stiff from 80 years ago. In the 1930s, a doctor in France named Pierre Barbet crucified a corpse and several severed arms in an attempt to authenticate the Shroud of Turin. 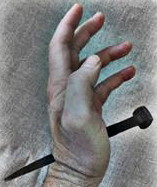 In the weeks that followed, Barbet went through twelve more arms in a quest to find a suitable point in the human wrist through which to hammer a ⅓-inch nail. This was not a good time for vigorous men with minor hand injuries to visit the offices of Dr. Pierre Barbet. (p. 160)

8. Despite persistent urban legends, there is no ‘cellular memory’ in the organs of the dead transplanted on or into the living. Fortunately, your personality won’t change if you get the parts of a madman. Unfortunately, your heart may still be beating in someone else, but it won’t be ‘your’ heart. 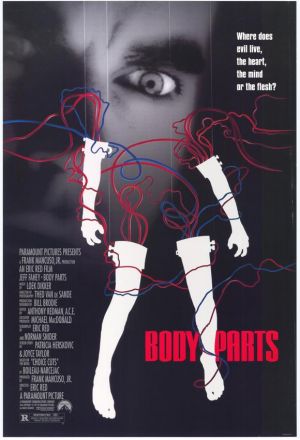 In light of recent facts, the believability of this film is further strained.

Mehmet Oz (YES, THAT DR. OZ), the transplant surgeon I spoke with, also got curious about the phenomenon of heart transplant patients’ claiming to experience memories belonging to their donors. “There was this one fellow,” he told me, “who said, ‘I know who gave me this heart.’ He gave me a detailed description of a young black woman who died in a car accident. ‘I see myself in the mirror with blood on my face and I taste French fries in my mouth. I see that I’m black and I was in this accident.’ It spooked me,” says Oz, “and so I went back and checked. The donor was an elderly white male.” Did he have other patients who claimed to experience their donors’ memories or to know something specific about their donor’s life? He did. “They’re all wrong.” (p. 191)

9. Research on just-guillotined criminals progressed to dogs and later monkeys. While a human head transplant has never been attempted, it is theoretically medically viable — although you’d still be ‘just a head on a pillow.’ 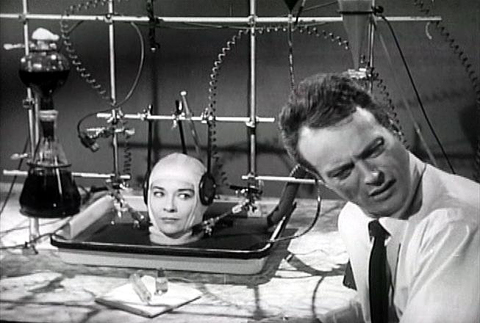 By putting them — their heads — onto new bodies, you would buy them a decade or two of life, without, in their case, much altering their quality of life. High-level quadriplegics are paralyzed from the neck down and require respiration, but everything from the neck up works fine. Ditto the transplanted head. (p. 212-213)

Here is a video of neurosurgeon Dr. Robert White explaining the procedure:

10. Perhaps you’d like to be consumed upon death. Just about every part of a dead body has been used as ancient medicinal or folk remedy. Blood is especially popular, both for drinking and bathing. 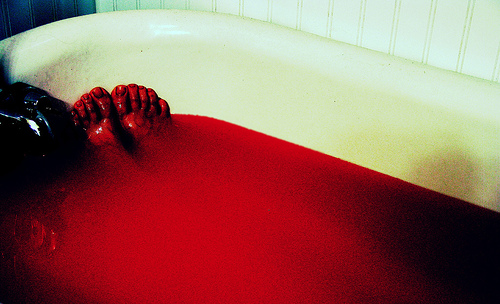 It was when the prescription called for bathing in the blood of infants, or the blood of virgins, that things began to turn ugly. The disease in question was most often leprosy, and the dosage was measured out in bathtubs rather than eyedroppers. . . . We see nothing distasteful in injections of human blood, yet the thought of soaking in it makes us cringe. (p. 226&9)

11. If burial or cremation bores you, then you may be interested in other ways a body can be disposed of after death. There is freeze-drying and composting, as well as the newly developed method of ‘water reduction,’ more grimly named ‘tissue digestion.’ 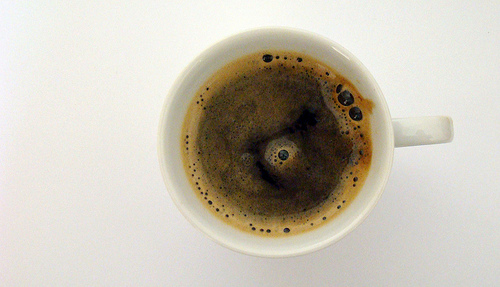 In a few hours . . . [the] equipment can dissolve the tissues of a corpse and reduce it to 2 or 3 percent of its body weight. What remains is a pile of decollagenated bones that can be crumbled in one’s fingers. Everything else has been turned into . . . a sterile “coffee-colored” liquid. (p. 252-253)

12. Maybe you want your corpse to last 10,000 years. In that case plastination is the only surefire way to make sure your corpse stays fresh for millennia. All of the water in your body is sucked out during an acetone bath, which evaporates, and then is replaced by a liquid polymer. 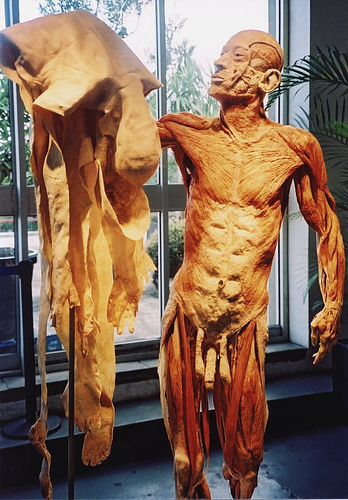 Is it a little chilly in here, or is it just me?

Like a guinea pig the size of a police dog, the concept of being plastinated is more unsettling than the reality. You just lie there, soaking and plastinating. Eventually, someone lifts you out and poses you, much as one poses a Gumby. A catalyst is then rubbed into your skin, and a two-day hardening process begins, working its way through your tissues, preserving you for all eternity in your freshly dead state. (p. 289)

While not everyone would like to be naked and skinless for thousands of years, perhaps you’ve found something to do with yourself after ‘yourself’ ceases to exist. In the meantime, go out and pick up a copy of Stiff by Mary Roach. This book is a fun and enlightening read filled with many more quips than I’ve excerpted here. It’s a shining bit of amusement among death’s pieces of darkness.